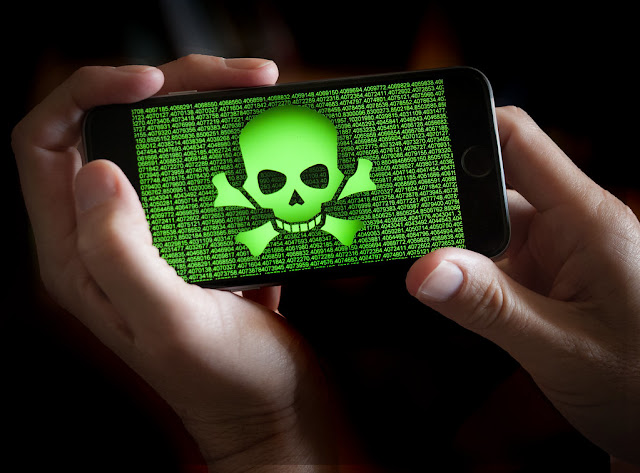 Do you need to install antivirus for your Android smart phone or tablet? The first thing I recommend to do with a new Windows installation is to be sure to keep an antivirus software enabled. Let’s face it, Windows is a huge target when it comes to malware developers. What about Android? Keep in mind that Android is the largest computing platform in the world. That fact alone makes it a huge target for the bad guys.

Here are some things to keep in mind. Your Android phone or tablet is by it’s very nature more secure than your PC. Your default settings won’t allow you to install an app from outside the Play Store. You need to tap on a notification to install it. Even then, your security settings would have to be bypassed. Google blocks the most severe security risks from even being available on Google Play. They scan every app uploaded to them. After that if something still looks questionable there is a human review process. If something bad does make it through, Google will take it down and uninstall it from your device as soon as it finds it. Though this is all true, malware does still slip through.

Android viruses are out there. Over 95% of mobile malware is targeted toward Android. What is malware anyway? It is malicious software. It can be programmed to do different nefarious things on your device. Some malware can even secretly take control of your phone or tablet or steal your information. Android will only become a bigger target the more popular it gets. As we can see the threat is very real. The question is, what can you do about it?

We will answer the question about whether you need an antivirus app for your device in a moment. First, let’s look at some practical steps you can take to protect your phone or tablet from malware threats.

Some exploits and malware need root access and are otherwise harmless even if you do somehow install them. If you don’t have a good reason to root your phone or tablet then avoid doing it. That way you can stop many threats in their tracks.

The most effective and important step you can take to secure your PC, phone, or tablet is to keep an up to date backup. For your device I recommend to check out an app called G Cloud. G Cloud has great features, works very well, and makes the backup process pretty easy. If your files are backed up then you have taken the greatest step that you can to keep them safe.

Another thing to keep in mind is that some phone makers are slower than others at making Android updates available to you. The longer the company that makes your device waits to roll out the latest updates the more at risk you are. If your phone or tablet is an older device that is unable to update to the latest version of Android then running a good antivirus app is advisable.

What if the worst scenario has happened? What if you were hit with some kind of malware that has compromised your device if not made it unusable? In most cases if you reset it to the factory defaults you should be good to go. Hopefully you were able to make a backup before this step became necessary.

If you followed the above advice you should be fairly safe from being infected. The question stands though. Do you need to install antivirus on your device?

Antivirus – Yes or No

In most cases, installing an antivirus app isn’t necessary. Google has done a pretty good job setting up safeguards to keep you malware free. Much of what a third party antivirus app does will just duplicate what Google has already done. A third party app also carries it’s own disadvantages.

AVComparatives found that two-thirds of the Android antivirus apps tested don’t actually work. The ones that are legit and perform the best:

Out of the above antivirus apps only Trend Micro had a 100% detection rate. The others are rated at 99.9%. None of them showed any false positives. G Data and McAfee both showed a slightly higher battery drain than the others. I would recommend Trend Micro for the better detection

Here is the bottom line. If you install apps from outside an official play store, are not using an up to date version of android, download cracked apps, or take part in other risky behavior on your device then it would be a good idea to install a quality antivirus app to give you an extra layer of protection. Otherwise you should be fine as long as you follow the above advice. Keep in mind though, the worst thing you can do is drop your guard and assume you are safe just because you have installed antivirus.

What security apps if any do you have installed on your device? What do you do to keep your Android free of infection?